European Clusters Conference was held April 18 – 20, 2012, in Vienna, Austria. Over 400 representatives of clusters across Europe attended the event, while Serbian delegation was among the most numerous with 19 representatives, including Vojvodina ICT Cluster.

Clusters are increasingly playing an important role when it comes to innovative approaches in the field of small and medium enterprises. They are the key strategic factors in the economy of the future for joint development of all businesses and positioning on international markets.  Access to and allocation of structural funds requires priority status and specialization within the region. 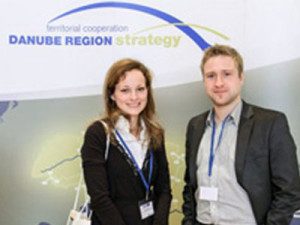 During this three-day event, round tables and panel discussions were held on challenges which clusters face in their work regarding both their members and the sectors they represent. Also, prizes were awarded to the most successful European clusters. Joint effort of Vojvodina ICT Cluster and Creative Cluster of Vojvodina took the second place in Put Your Cluster To The Map competition.

The Conference was organised by Clusterland Upper Austria, the Lower Austrian Business Agency EcoPlus, foundations Sophia Antipolis and MFG – Innovation Agency for ICT and Media of the State of Baden-Württemberg.

European Cluster Conference 2012 shows the way: Excellence and internationalization are the key for successful clusters.

For more information, visit the conference web site and photo album on Flickr.