Legal and technical barriers prevent SMEs from fully exploiting the opportunities of the data economy.

The European DIGITAL SME Alliance published a new position paper calling for a clear legal framework for the use of non-personal data, as well as for the promotion of an open market for these data.

With the Internet of Things, connected machines that generate large amount of data are part of our everyday life. Thousands of devices such as motor vehicles, production robots in the manufacturing and washing machines in consumer households, generate large amounts of non-personal data, which are the focus of new business models.

The current legal framework is unclear as to who and how can use these machine generated non-personal data. According to the law, both the manufacturers and the users of devices can derive rights to the data. Hence, the rights for data usage are often defined in contractual agreements among the parties.  As a consequence, companies with a stronger negotiating position usually obtain the exclusive right to use data. Consumers and SMEs are often excluded from the data rights.

“This legal disadvantage is particularly detrimental to small and medium-sized enterprises that are in a weaker negotiating position in such negotiations. They are thus excluded from the economic use of data and the development of data driven business models” warned Dr. Oliver Grün, President of the European DIGITAL SME Alliance. 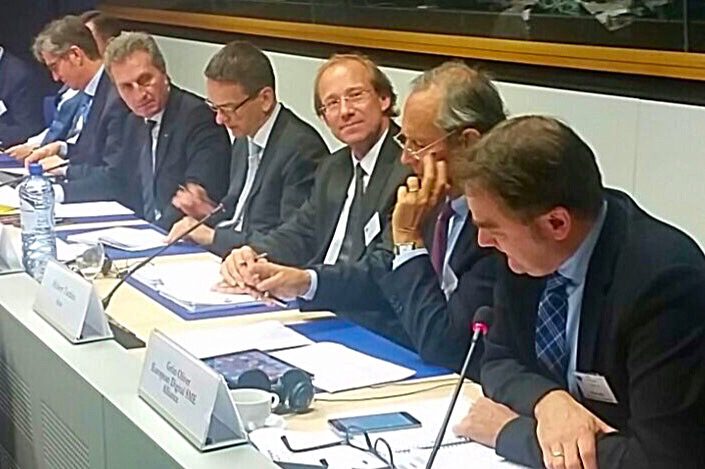 The European DIGITAL SME Alliance therefore calls for the creation of clear rules that allow the creation of an open market for data usage. A new legal framework is needed to ensure that both manufacturers and the users of data-producing machines are entitled to use the data. In addition, while preserving the principle of freedom of contracts, clauses that stipulate the unilateral and exclusive use of data shall be deemed illegal. In addition, an open data market will only be possible if manufactures of data-producing machines are obliged to openly document the data interfaces as to allow portability and decryption of collected data. “The obligation to disclose the interfaces will trigger innovation in the market,” added Grün.

In May of this year, the General Data Protection Regulation (GDPR) has been adopted throughout Europe, although it will fully come into force by 2018. The concept of DIGITAL SME on data economy referts to all the data not affected by Article 4.1 of the General Data Protection Regulation, thus not containing personal information, nor data which has been pseudonymised following Article 4.5 of the GDPR.

The position paper of the  European DIGITAL SME Alliance on data economy is available here for download.